Finn BV is since 1980 engaged in the production of high quality precision products made from metal and plastic. The products made by Finn BV are used in various industries and sectors throughout the world and even beyond.

Yes indeed, Finn BV has produced small precision parts for the use in satellites which are floating around the earth in space right now. Finn’s products are not only driven to extremes in space, also in sports components are driven to extremes. High quality and precision of the components made by Finn BV is therefore very important.

Finn BV has made products for a broad range of sectors over the years. During this period the focus was not only on aerospace and sports, but also on sectors such as medical, environmental, defense, transportation, food and high pressure.

Over the years various satellites equipped with Finn BV Technology were shot into space. For SRON (The Netherlands Institute for Space Research) Finn BV has supplied several key components for the use on satellites. These high-precision parts have not gone unnoticed. Finn BV has also produced high-precision parts for the use on satellites of ESA (European Space Agency). Precision and quality of these components is the most important key.

Finn BV developed and produced several high precision components for the medical industry. In the medical industry it’s important that clinicians can rely on their tools and equipment. Finn BV has contributed to the development and production of high quality parts for organ transplants and dialysis equipment. In conjunction with an oral surgeon an advanced tool for dental implants was developed as well.

Sustainability and the environment are highly valued at Finn BV. During the 2008 Summer Olympics in Beijing, China, flue gas sensors produced by Finn BV were widely used to measure the air quality within the city in order to contribute to good air quality for its residents and the Olympic athletes.

Finn BV developed and produced several products for the defense industry, like parts for the turret of the CV90 infantry fighting vehicle and a hi-tech measuring system. Within the defense industry innovations follow one another at an accelerating pace. These days the focus is on electronics in combination with high-precision mechanical parts, something in which Finn BV has years of experience.

In the recent years there has been a significant increase in the use of fuel-efficient vehicles. However, this was mainly driven by the subsidy policy from the government. If subsidies are abolished, the amount of purchased fuel-efficient vehicles are dropping dramatically. For all conventional vehicles that fall outside these favorable arrangements, Finn BV has manufactured products to make this group (but also ships and trains) sustainable and future proof in a cost-efficient manner.

For the engineering, development and production of components to improve the automation in the food industry (considering HACCP) Finn BV can make a significant contribution. For example, Finn BV has developed and produced a fish de-skinner / shaping machine for the processing of flatfish for culinary purposes.

Within the high-pressure industry products are subject to large forces and differences in pressure. Reliable high quality material is of great importance. For the high pressure industry Finn BV not only produces parts for air-driven hydraulic pumps, but is also doing subassembly of several components. Additionally Finn BV is a supplier of parts for waterjet cutting machines. 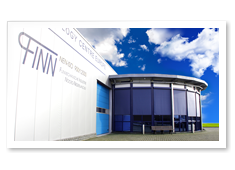 Finn B.V. specializes in producing high precision products made from metal and plastic. 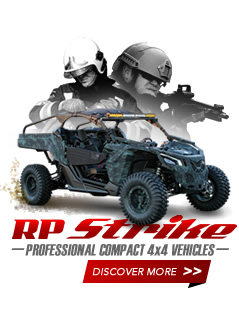